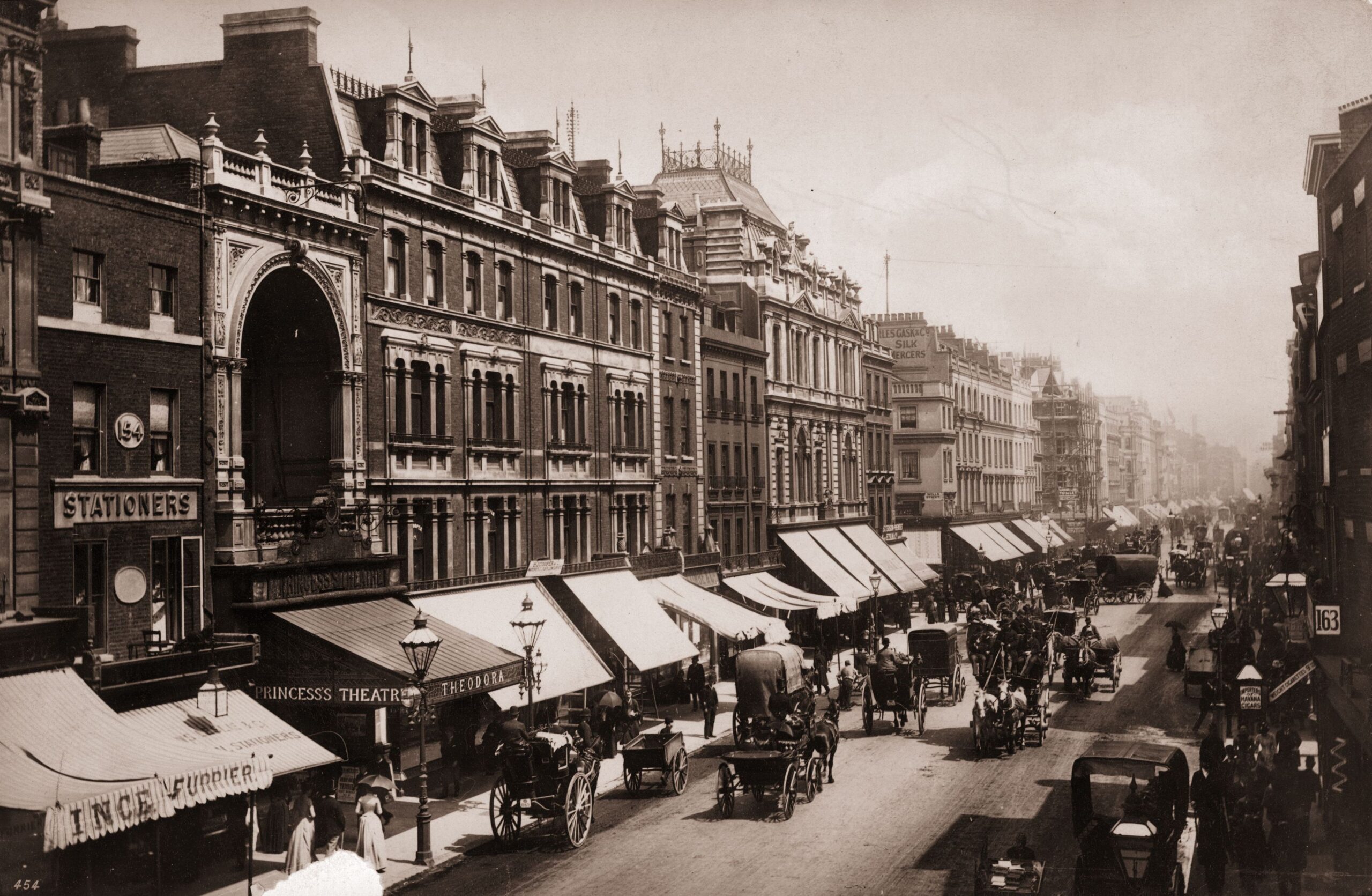 The ‘Great Horse Manure Crisis of 1894’ taught us that simply relying on scaling existing solutions and hoping for the best, doesn’t solve the seemingly impossible and its exactly this lesson that we need to apply to our current global crisis. Yet, it’s exactly what we appear to be doing.

Let’s go back to the 19th century. If you wanted to travel anywhere or transport anything it’s likely you either went on foot or were dependent on using a horse. In fact, by the end of the century, London, which was the largest city in the world, supported its rapidly growing population with 11,000 horse-powered cabs and several thousand buses – each requiring 12 horses per day. Goods were delivered via countless horse-drawn carts, drays, and wains, which resulted in a horse workforce totalling around 1 million – every other great city at the time had similar numbers of horses.

The problem – horses produce excrement, and very quickly streets in all the major cities around the world were covered in horse manure, attracting huge flies, and creating an unbearable stench. The problem became so severe that in 1894, the Times of London predicted that within 50 years every street in London would be buried under 3 metres of horse manure. The issue was compounded because a large number of horses were left dead in the streets as it was much cheaper to work horses to death over 2 years than maintain them longer term.

This is what became well-known as the ‘Great Horse Manure Crisis of 1894’ and the challenge was how to remove and dispose of the horse manure along with the dead horses.

The initial solution was to increase the number of horses and use them to cart the manure and dead horses away from cities. But rather than solving the problem, scaling up only exacerbated it. Not only did horse manure and corpses continue to pile up, large areas of expensive land was needed to stable and feed the horses. When scaling efforts failed, the world appeared to be doomed. In 1898, after three days of talks, the first international urban-planning conference, attended by global scientists and experts, was abandoned because no-one could come up with any other solution to the growing crisis.

How was the horse manure crisis solved?

But by 1912, this seemingly impossible problem had been solved in cities around the world.

Necessity is the catalyst of invention and invention in this case was motor transport. Although cars had existed from 1886, following an invention by Karl Benz, these vehicles were unable to be produced at the quantities and cost to replace horses. In 1908, when Henry Ford came up with an innovative process and introduced the Model T that meant motor cars could be built at affordable prices and replace horses as an affordable means of transport. Electric trams and motor buses appeared on the streets, replacing the horse-drawn buses.

The current COVID-19 crisis has several parallels to the Great Horse Manure Crisis of the late 19th Century. History teaches us a lot and it’s demonstrated that we’ve solved the seemingly impossible before, and we can do again, but we need to be innovative in our thinking.

Current testing for COVID-19 is proving woefully ineffective at the border. It’s estimated we’re missing 50% or more of people who’re infected as they come through our borders, yet we seem determined to increase the rates of testing and admissions to quarantine facilities to try and solve the present crisis. If using more horses to solve the horse manure crisis didn’t work; scaling up using existing tools to solve Covid-19 won’t either and it’s not a sustainable or effective strategy for the long term.

Within countries, the story is the same. The UK, a country with a population of 67 million, is grappling with the problem that even when someone records a negative test, they might become infected shortly afterwards. Their solution is to massively scale their current testing programme to test 10 million people per day, which means at least every person in the UK will be tested once a week! The benefits of this are unclear as we’ve learnt from history that scaling doesn’t necessarily solve the problem, and it’s doubtful that the logistics and compliance to achieve this goal are even possible.

While vaccines are being developed, it’s doubtful they’ll be the immediate solution we need, especially at the border. First-generation vaccines have been demonstrated to not be 100% effective and could take several years to be deployed to the billions of people in need.

What this means for the way we deal with COVID-19

The Horse Manure crisis is often referred to by historians as the perfect example of an intractable problem being solved unexpectedly. It teaches us that solving the seemingly impossible can come from innovations that enable the productization of existing inventions.

When investigating potential solutions to finding out who is, and who isn’t infected, testing a person’s immunity, following infection and/or vaccination, could provide that assurance that the individual cannot be infectious, and is safe to move and travel.

However, like the car produced by Karl Benz in 1886, these systems are not scalable and widely available. Even after 50 years of their use, high quality diagnostics remain as complicated systems hidden away in medical laboratories, requiring vast amounts of blood for testing and results can take days to deliver. These systems are not yet scalable and accessible in the way Henry Ford envisaged when he began his industrial revolution.

But what if immunity testing could receive the ‘Henry Ford’ treatment?

Orbis Diagnostics is developing innovations to productise an immunity test – a system that’s easily useable and deployable at high-volume points-of-need like airports, to enable rapid and simple immunity testing for every individual. Orbis’ system could provide the solution to the seemingly impossible problem of reenabling movement, it’s the Henry Ford treatment in the age of COVID-19.